I've gone a few weeks without posting. Not intentionally, but mostly because work has been busy and when I'm not at work, I'm trying not to think about work. Since my last post, I found myself getting increasingly angry and irritable. I have been trying to work out where the anger and irritability is coming from, and so far have only come up with various complex reasons. Of course, one of the main ones is probably that our locked down state has lost its novelty. That might sound superficial, but I don't mean it in that way. I feel very strongly that lockdown was the right way to go, albeit, in my view, far too late. I'm more than happy to comply, as it is the right thing to do - protecting lives. I also feel that lockdown should have been extended. The current message, 'stay alert', is too vague - people need clear rules, clear guidance. I am sure there are many, many people still obeying the rules, still staying home as much as they can, only going out when it's needed. Sadly, we are now allowed to go out for exercise for as long as we want and where we want. The weather has been glorious (I keep thinking that is at least one good thing about this situation - how awful it would have been if we'd had constant rain!) so what do people do? They flock to the coast. It doesn't seem to matter that various tourist boards are saying, don't come here, please stay away, we'll still be here in a few months' time, next year. There are news reports of gridlocked areas around the coasts. This is not what 'stay alert' means - but what does 'stay alert' really say? It is vague and unclear. It is not as if you can see the virus and run away from it if you spot it. 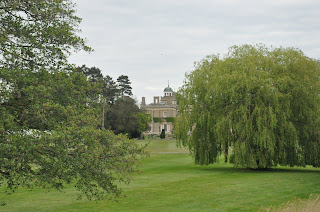 So, as a family we're still practising lockdown. The golf course has reopened, under strict rules, and Simon is out from time to time, but the children are still home, and I still only go to work and home, nowhere else apart from a bike ride on days I'm not working. And I know this is for the best, and I have lots of hobbies to get on with, but there is so much I miss. Going out for breakfast on a Saturday morning, reading the paper and drinking coffee for a few hours; spontaneously driving to Ikea for a bit of retail therapy, pottering over the market and coming home with some cheese and ideas for that evening's supper. I have found myself unable to focus on anything for very long. I want to make the most of the days off work, and frustratingly I spend them with very little to show for it at the end. I don't seem to be the only one. which helps a little. It's a feeling that I keep trying to fight, but I seem to be fighting a losing battle. 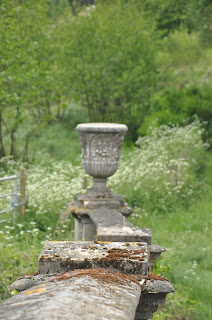 Another factor is being at home with the same people all the time. The other day I bumped into a friend from knitting after my study day. Her daughter has recently been diagnosed with diabetes and they'd obviously just been for an appointment. As she was on her phone, I didn't want to loiter, but it made me realise with a shock how long I'd not seen her. We have done a few zoom meetings where we try and catch up, where we even sit and knit, but it's not the same as meeting in a cafe in town or at each other's houses where we eat together, knit and set the world to rights. I stay in touch with my old Dutch colleagues through Skype, and normally we'd meet up every few months for a coffee and a chat. And again, last week I realised how much I'm missing that contact. I sing with a choir in Stowmarket and we have set up a WhatsApp group which has been great. I've got to know people who I only knew by face. We've laughed, we've cried, we've shared news, ups and downs. I've gained a lot of support from it. But I also miss going to rehearsals, the uplift you get from singing together, from getting to grips with a piece, from meeting in the interval and buying a jar of homemade jam or chutney, from chatting with the two friends I share a car with. At the moment, I see people from work or the people at home. Normally we each have our own activities - sometimes these get so busy that we're like ships passing in the night. It makes you appreciate your time together even more. But right now, we have all our free time together - and I crave a bit of alone time. It's been hard to find a space that doesn't get invaded. I think this might be partially to do with work. At work, I spend 12.5 hours looking after people, ensuring they are comfortable, safe, minds put at rest. You give, give, give. Now, because there are constantly people at home, I spend more time than usual at home too, giving, giving, giving. And there are days when I just don't want to have to look after anyone. It's like I've got nothing left to give - and in a normal situation, I'd get that alone time and the chance to recharge my batteries, but that is not possible at the moment. It's that old cliche of 'you can't pour from an empty cup', and right now I really don't know how to fill that cup. 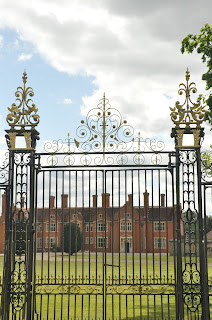 And the last but not least factor playing a part, is that the current situation and how the government has responded, is creating deep political divisions. These divisions seem to become clearer as never before on social media. Everyone has an opinion, that is only natural. Personally, I feel deeply upset about the number of deaths, and deaths of keyworkers in particular, and think this could have been avoided to some degree if action had been taken sooner. But that is my opinion, and someone else may well disagree - which they're entitled to. But any of these opinions seem to create heated arguments on social media, and I hate that it causes arguments with people who I'm friends with in 'real life'. At a time when a lot of people are dealing with a fragile state of mental health, we don't need arguments, we need each other for support. The only way I can deal with it is by staying away from the news (I can't get cross about the current situation if I don't know too much about it) and social media (too much being posted about what's happening and whether or not the government is doing a good job or not). I feel sad about it because I miss out on all the lovely news, and I admire people who feel strong enough to post their opinions without worrying about the possible responses, but it's not for me - peace of mind is more important for me. 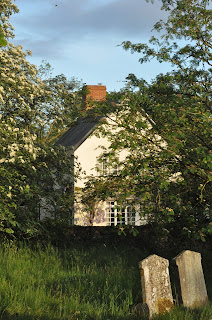 Many people ask how work is going. And I usually respond with, an emotional rollercoaster. Physically, nothing much has changed since my last post. We still have the plastic sheeting in place, sealing off the five different bays, we still wear as much PPE as possible, including a surgical mask all day long. We have had funny moments: pretty much everyone has put on a mask inside out by now. I've attempted to clean my visor only to discover I wasn't actually wearing it and was wiping my glasses and face instead. We all agree that the best bit of the shift is taking your mask off. There have been uplifting moments: the patient who had spent 3 weeks in ITU with Covid19 and who I didn't think they expected to survive, but came to us for recovery, and was discharged from us. When IT set up a FaceTime call for an elderly patient with her son, and she didn't understand at first she could see him 'live' and talk to him, and the way her face lit up when she figured it out and then spoke to him for 45 minutes. Feeling part of a team and that they'll be there for you if you need them. And of course there are low points. Being short-staffed can be so hard, when you wish you had ten pairs of hands.  When you're in the middle of looking after someone's needs and another patient calls out that they need to spend a penny - now! and you can't just leave the first patient. When one of your colleagues returns to work after recovering from Covid19 and hurts her back on her first shift because the patient we are looking after, misjudges a distance and has a fall, and said colleague tries to break his fall and ends up in tears with pain and guilt. And discovering a patient who has become unresponsive, which means calling an emergency, everyone coming running, crash trolley, CPR, the lot. Patient rallies, we carry on our job. Doctor comes to talk to me and asks if I've had a break - no, no time, and you know, these things happen, glad patient is okay. He tells me to make sure to have a break, and suddenly I feel tearful. It is my first proper emergency and yes, it is quite something. This doctor with far more experience than me might actually be right about having to take a break after such an episode. 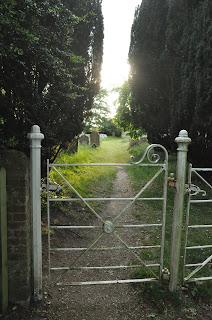 (Photos all from recent bike rides)
Posted by Cybèle at 3:00 PM