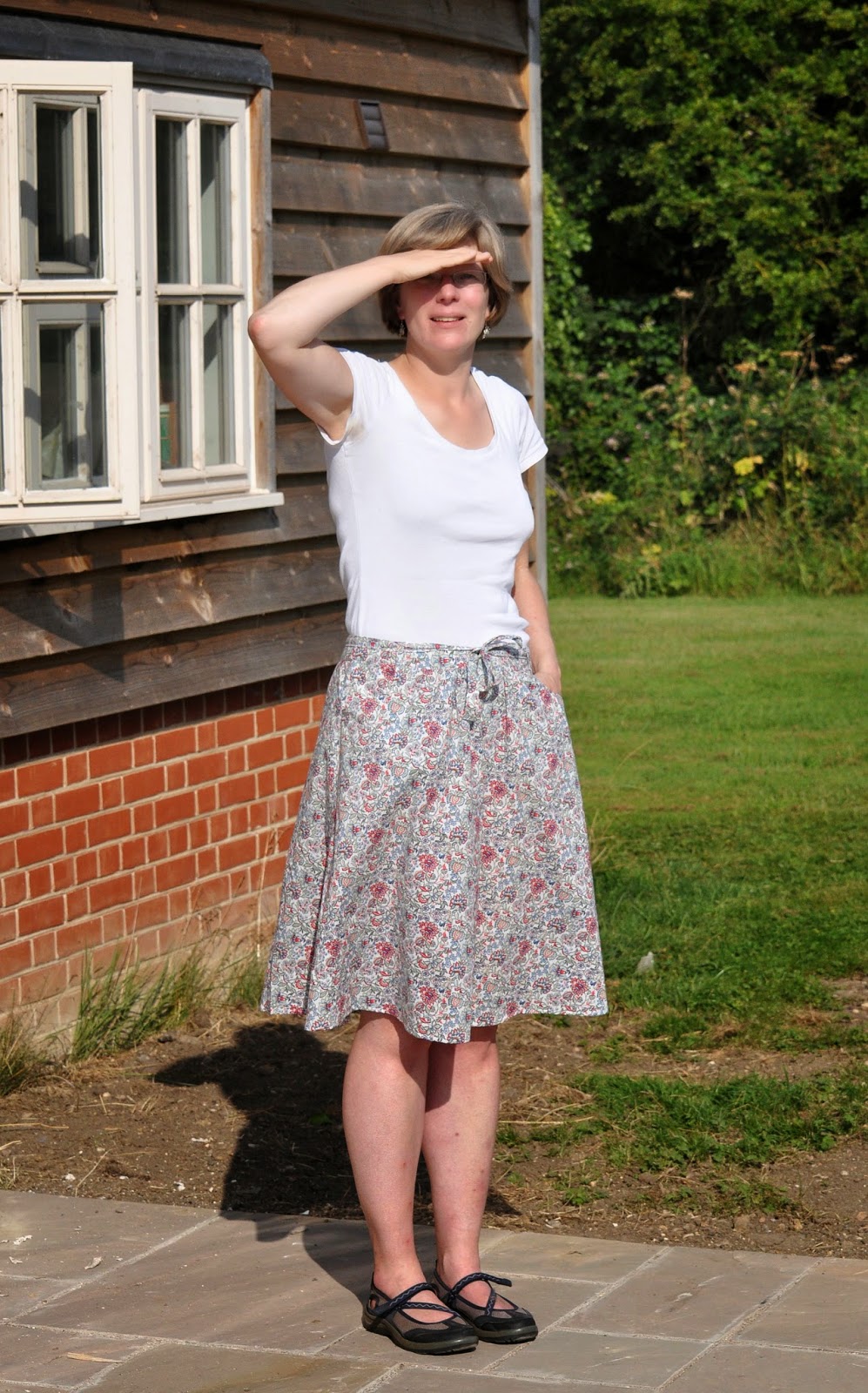 In the past I used to sew a lot. I've always liked making things, learning to knit at a very young age, making dolls' clothes, then moving onto baby things. I always hoped to have children one day and couldn't think of anything nicer than to make them cute baby outfits. In fact, I had several outfits ready long before children were even a possibility. I have vivid memories of having just done a pregnancy test, going on holidays to France and knitting a cotton baby sweater in the car and not feeling sick - whereas normally I feel travel sick very quickly. 'I must be pregnant if I can knit in the car', I said to J., and 9 months later 15yo was born. I also remember a holiday in Lyme Regis where both kids wore something handmade every day, and feeling very proud of that. 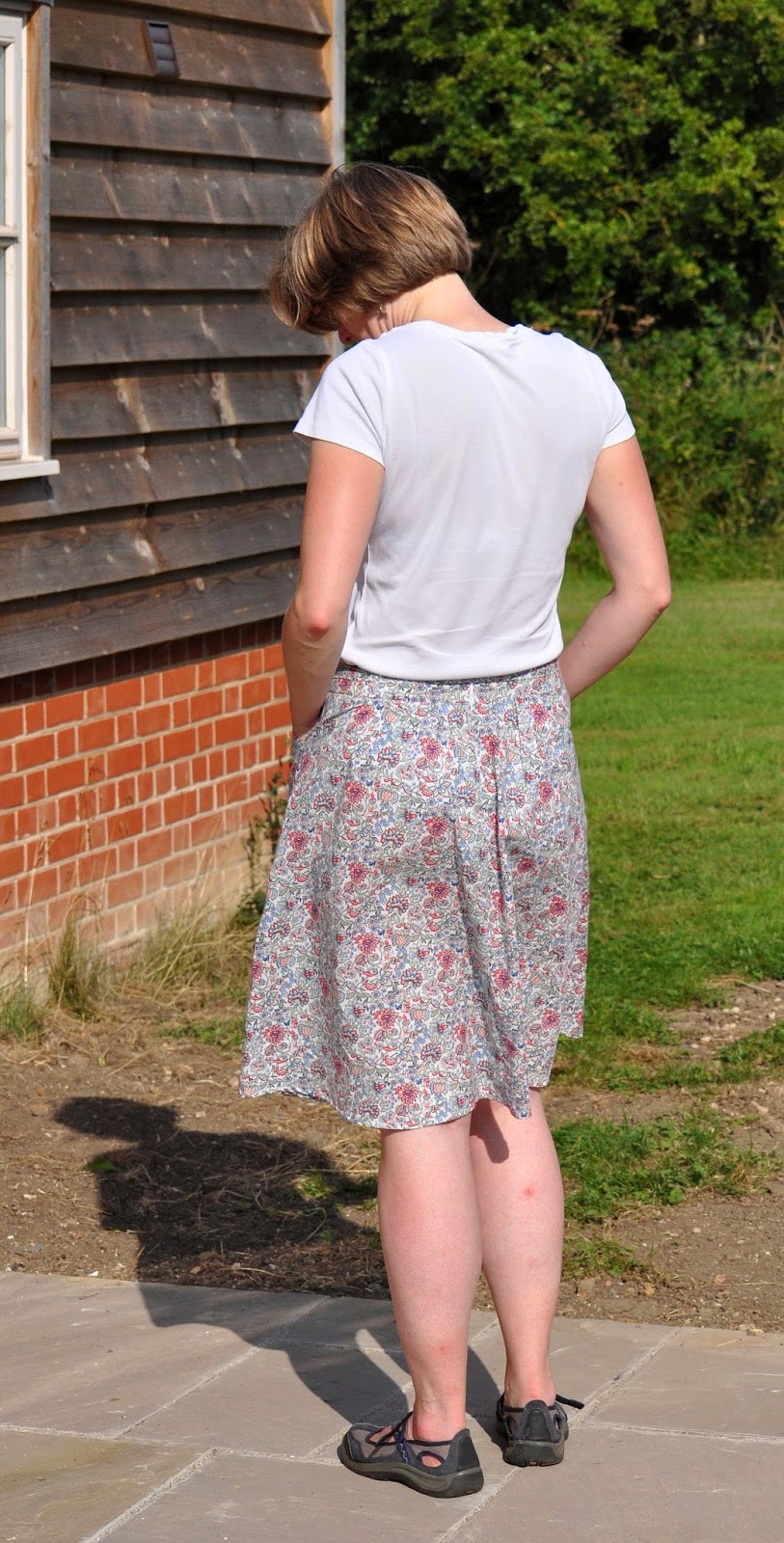 I was very lucky in that my bedroom has a corner which is so narrow, it's pretty unusable for bedroom purposes, so to speak. J. turned it into a sewing corner years ago, where I can leave my machines up all the time. But as the kids became toddlers, it got harder and harder to spend time up there without one of them joining me and wanting to push all the buttons and taking all the pins out of the pincushion, and neither of them really ever enjoyed sorting my button collection.
Which is when I got back into knitting and crochet, because it was something I could do while watching them play, and pick up and put down as needed. And then I discovered I could take my knitting with me when out and about, and sewing started to take a back seat. My sewing machine, my overlocker, my embroidery machine and my fabric stash, they all started to gather dust.

But I still have a subscription to a Dutch sewing magazine, which arrives monthly with about 20 different patterns. And I'd look through it and think 'that would be nice to sew, and that would be nice to wear'. So occasionally, every so often, I trace a pattern and pin it to some fabric, and then I sit behind the sewing machine and find I've totally lost my confidence. Every time I get to a tricky bit - a zip, inserting the sleeves, making buttonholes - I stall. I leave the project for a few weeks until I finally kick myself up the backside and get on with it (and more often than not, it wasn't nearly as scary as I expected). 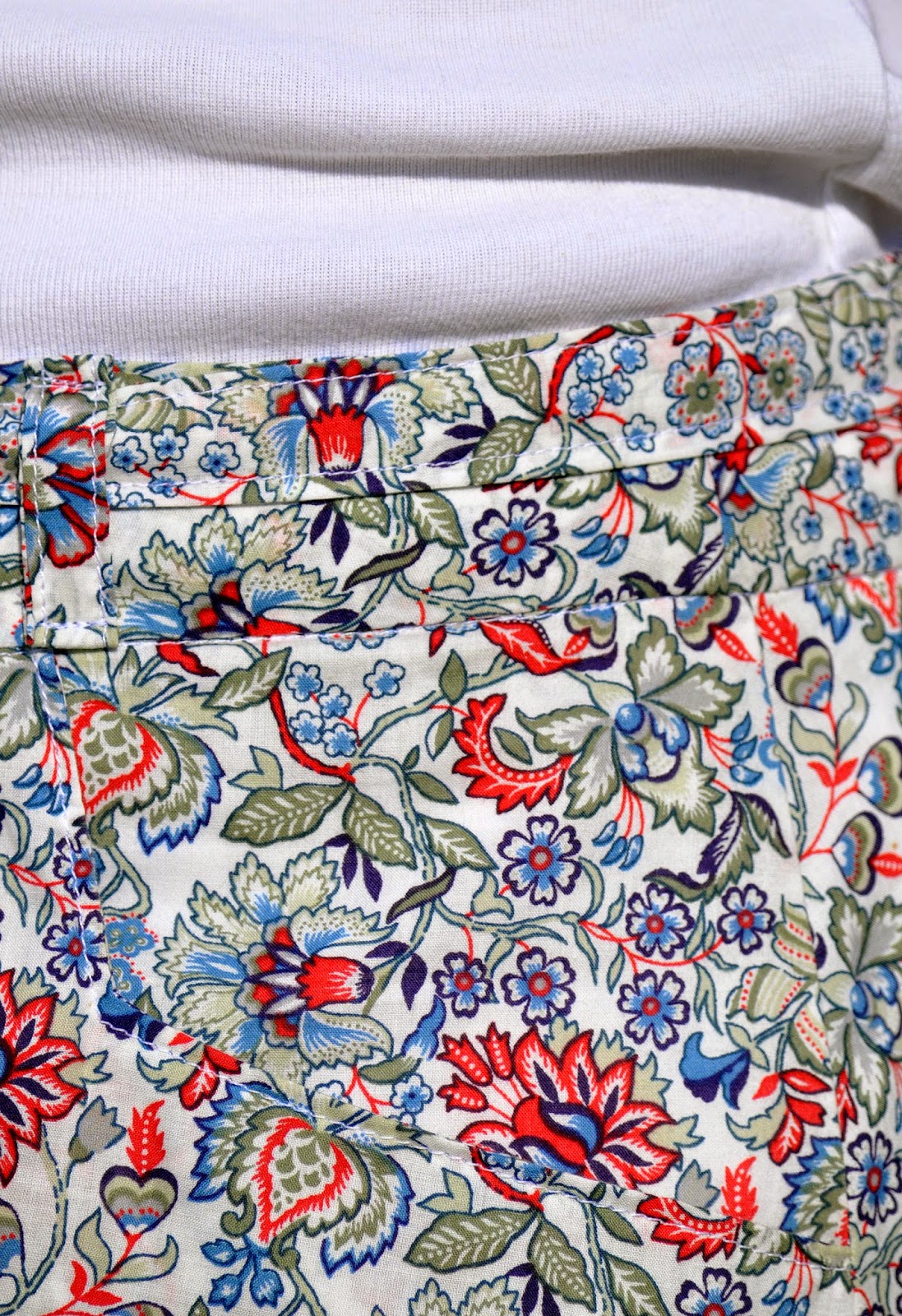 This project was a dream almost from start to finish. I only struggled a little with the pockets, but sorted it by leaving a detail out, and to be honest, the fabric design is so busy that it really wouldn't have added anything to it anyway. The rest of it went together so easily and so well, and then it fitted ever so well too. I finished it in time to wear to my crochet class and then lunch afterwards with some other Crafty Baba members on Saturday, so I could show it off (the fabric is from Crafty Baba - looks very much like a Liberty but it isn't, although it definitely feels like it!). It's such a big hit, that 15yo has even asked for one for herself. Now that's a compliment if ever I had one! 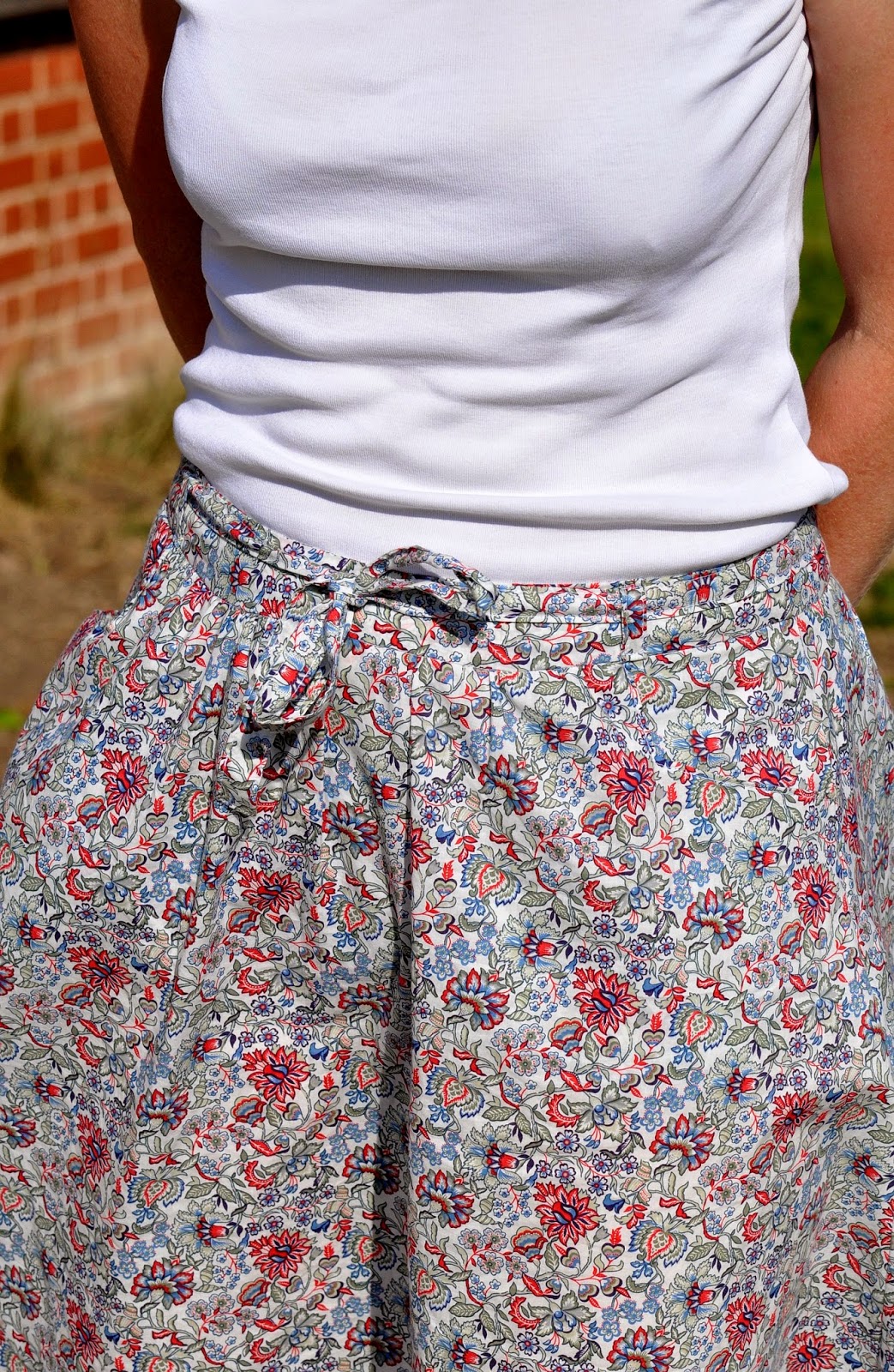 There is already an order for more fabric on its way to Crafty Baba for the next few sewing projects. I think the bug has really bitten again!

PS Excuse the squinting into the sun (it was either that or rapeseed stalks as background) and excuse the mosquito bites, which are from last weekend at Latitude.