Happy New Year! I hope you have all had a lovely Christmas. Ours was good. I managed to finish gift knitting on the day before Christmas Eve (I guess that is Christmas Eve Eve....). My last project was the little reindeer from my last post, which was a present for 10yo. I then took a break from knitting for a few days as my hands, wrists, elbow and shoulder really were beginning to protest. I don't want to do so much damage that I'm forced to stop knitting or crocheting, best to nip it in the bud now. I did feel a bit lost though! 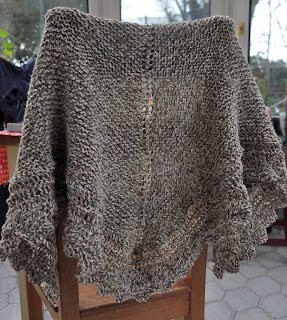 After the usual frantic Christmas Day things calmed down a little and we had several days with nothing much planned at all. I love those lazy days between Christmas and the New Year. This year for the first time in years I didn't have to work (I've been on stand-by for 'emergency translations' for the last few years) so there were a few days where I didn't even bother to get changed out of my pjs!

Then for New Year's Eve 10yo and I travelled to Holland. New Year's Eve in Britain is nothing much to write home about, whereas in Holland it's a big thing. I have spent New Year's Eve in Britain a few times but always feel quite homesick. I'll never forget arriving in Holland on the morning of 31 December a few years ago after not having spent New Year's there for a while, and my heart just leaping when I heard the fireworks as soon as we arrived. I love oliebollen and appelflappen and just the whole atmosphere of it being the last day of the year and then a glass of something at midnight and everyone going out in the street to watch the fireworks. O and a new tradition is listening to the Top 2000 on the radio in the car and singing along to lots of classics. But I digress. We only had a couple of days in Holland but managed to pack in what we wanted to do, including 10 minutes in the Hema to get a present for 13yo who had stayed in Britain with J. and to get myself a new Hema diary! 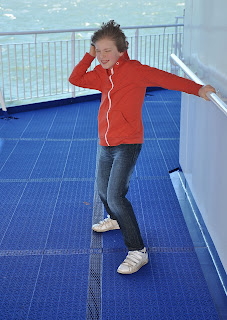 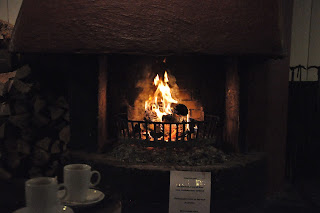 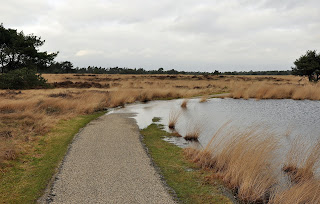 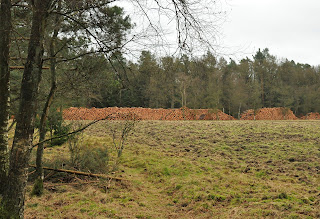 Lots of logs at Hoge Veluwe 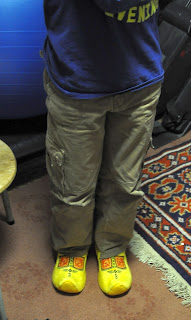 And now we're back home and although I'm back at work, the kids still have a few days off. 13yo just told me she has a PD Day on Monday so she doesn't even have to go back till Tuesday.

Several New Year's resolutions this year - nothing earth shattering, several of them the same as countless other people, I'm sure (lose the Christmas weight, get back to exercising, clear the clutter). One notable one though:
A few months ago I read on someone's blog or possibly on Ravelry that she had declared a couple of years to be the year in which she knitted only for herself. I thought 'I could never do that' but I kept thinking about it and finding it appealing. I am not the sort of knitter who gets asked to knit things for other people. I do like to give knitted gifts though - for me it's an expression of my love, soppy though that may sound! I think it says 'I think you're worth spending time on'. Of course, as most knitters have found, your knitted gift doesn't always get appreciated, but over the years I have learnt who does and who doesn't. But, I am also the sort of person who will come up with a knitting or crochet project every time I need to find someone a gift. As a consequence, I often end up only making gifts. 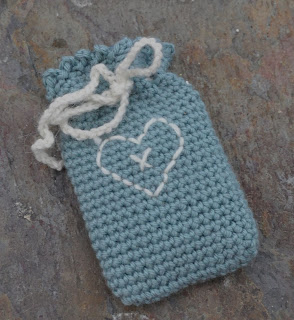 So after thinking about it, I thought I'd try to only knit for myself this year. I am working on a cowl for 13yo who asked for one for Christmas but I ran out of time. Once that is done, I'm casting on for myself and I'm going to try and keep it up all year. Nobody believes that I can do it - myself included - but I can try, can't I! Watch this space, I'm looking forward to my first January 2013 post!
Posted by Unknown at 8:49 PM